Jessica Vitak (PhD, Michigan State University) is an assistant professor in the College of Information Studies at the University of Maryland. She also serves as the associate director of the Human Computer Interaction Lab (HCIL) and the director of the Center for the Advanced Study of Communities and Information (CASCI). Her research evaluates the benefits and drawbacks of mediated communication by focusing on the role that social and technical affordances shape interactions online. She is currently conducting research in these areas through projects looking at the privacy challenges of (1) economically disadvantaged Americans; (2) smartphone users in the U.S. and Netherlands develop mental models of data privacy when using their devices; and (3) kids, parents, and their teachers in relation to privacy and security education. She also studies the intersection of privacy and ethics as a Co-PI on the PERVADE NSF Large grant. For more information, see https://pearl.umd.edu.

I’m a Marylander through and through, growing up in Baltimore, returning to Maryland after college and now again after grad school. It makes me so happy to return to the state I was born and raised in, and to work for the University of Maryland system, where both my parents have spent so many years working (and where the rest of my family attended college).

I attended Elon University in North Carolina for my undergrad, an amazing small, liberal arts school. There I fell in love with media studies. I can’t speak highly enough of the School of Communication there and the impact it has had on me academically. I worked at the radio station (WSOE) all four years, including a year as GM, and was an editor for the weekly newspaper (The Pendulum). I graduated in 2002 with a dual bachelor’s degree in communication (broadcast and corporate)  and journalism.

After college, I moved to the DC area and began a five-year stint as an editor at PR Newswire, an international news distribution service. I loved the job, but it wasn’t intellectually challenging enough (and I’d planned to eventually go to grad school since I was an undergrad), so I started applying. I attended Georgetown University, enrolling in their Communication, Culture & Technology (CCT) program, and wrote my thesis on the role social network sites play in changing the face of interpersonal communication, with a focus on potential negative outcomes. This research was facilitated by a survey of more than 600 Georgetown University undergraduates. A digital copy of the thesis can be accessed here (but please, don’t read it, it’s not very good compared to more recent research!).

While at Georgetown, I had the pleasure of working with the wonderful folks at the Pew Internet & American Life Project. I coauthored the Project’s Digital Footprints report, released in December 2007, and its Teens & Video Games report, released in September 2008, and later served as a consultant while at MSU. 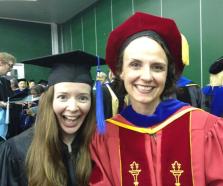 While writing my thesis, I became very interested in the concept of social capital, thanks in large part to a recently published article by Nicole Ellison, Cliff Lampe, and Chip Steinfield. After making the decision to pursue a PhD, I wrote to Nicole to express my interest in attending MSU and working with her and was met with a very enthusiastic reply. And the rest, as they say, is history. While I was accepted to other schools in (ahem) preferable locations, there was never a doubt in my mind as to which school was the best fit for me academically. So it was off to the icy wastelands of the north for the next three and a half years.

While at MSU, I spent a large portion of my time working on a NSF-funded grant in The Online Interaction Lab (TOIL) looking at collaboration on social network sites with Nicole and Cliff. The lab was quite productive, with presentations at ICA, NCA, HICSS, iConference, CHI, and ICWSM. Nicole and Cliff also served as some of the best mentors I could have ever asked for, helping me become the researcher I am today.

I then landed at the University of Maryland, where I started as an Assistant Professor in the iSchool in fall 2012. I work with some amazing colleagues on a wide range of research areas, with my primary focus being on the challenges users face in maintaining their privacy and managing their online identity in the digital age (see our lab page for more on our privacy and security research). Other topics I research include data ethics and, to a lesser extent, online social support, and online harassment/cyberbullying. You can find publications on these latter topics in my CV but I am not actively researching them. 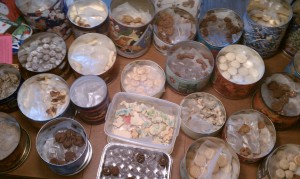 In my free time, my favorite thing to do is experiment in the kitchen. I love both cooking and baking, and I make my own pasta, granola, applesauce, stocks, sauces, and soups, among many other things. Each Christmas, my family and I make 4000 cookies over four days and then give them away to pretty much everyone we know (see picture for some of the cookies from 2010). It’s uber stressful, but it’s also one of my favorite times of the year. I’ve also developed a green thumb and try to spend a couple hours each week from spring-fall in my garden. I think it’s very important to have a strong balance between work and non-work spaces, so I make a concerted effort to carve out time to do fun and relaxing activities, and I encourage this in my colleagues and students as well.